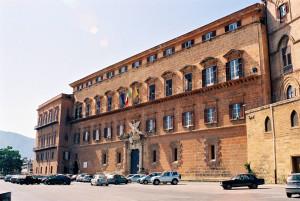 Included in the Norman-Arab Itinerary of Palermo, Cefalù and Monreale recognized World Heritage Site by UNESCO, Norman Palace, or Royal Palace of Palermo, is the oldest royal palace in Europe and residence of the sovereigns of the Kingdom of the Two Sicilies. Currently it is the seat of the Sicilian Regional Assembly.

Norman Palace is built on previous Punic settlements. First construction dates back to Arab domination in Sicily. Norman kings broadened the building to make of it a symbol of the monarchical power.

Royal Palace was connected to the cathedral through a covered passage. On the first floor there is the wonderful ‘Palatine Chapel’.

Norman Palace is only 1 kilometre away from Fiume flat of Palermo Al Centro.

From Vittorio flat of Palermo Al Centro is only 1,5 kilometre away.